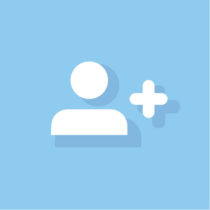 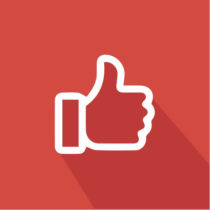 Fast delivery : if you choose Yes, the product is delivered from 5 minutes (24 hours a day, 7 days a week) and is guaranteed for 90 days, date of order

Fast delivery : if you choose No, the product is delivered from 72 hours and is not guaranteed in case of loss or link error

Twitter is one of the most popular social networks with Facebook since it currently has around 336 million monthly active users. It is therefore in your best interest to create popularity on this network in order to stand out from the competition. However, getting Likes naturally takes time since you have to be active very often and succeed in attracting a maximum of users in just a few tweets.

By buying Likes on Twitter, you will quickly and effortlessly increase your notoriety and reputation. You just have to select the number of Likes you want by dragging it into your basket. Payment is secure and you get standard delivery in 12 hours or fast delivery in less than 15 minutes.

For several years now, social networks have acquired an essential place in the digital world, but also as a medium. Among the best known and recognized worldwide are Facebook, Instagram, YouTube and the famous blue bird: Twitter.

Twitter, this social network, born in the United States in March 2006 and considered today as one of the most influential media, has established itself thanks to an original principle: a tweet is necessarily a very short message, because it cannot exceed 280 characters. The information shared must therefore be short, but powerful in order to be spotted and create a buzz. This principle is also the one applied to advertising and more widely to marketing, the recipe for success being to keep things simple and effective in order to be noticed. Developing your Twitter account is therefore an easy and quick way to make yourself known.

In addition, the tweet is sometimes accompanied by a slogan that begins with a hash #. This then becomes a hashtag that can be used by all the media in order to convey a message: why not create your own? Buy likes for tweets, and post your own hashtag.

Having a Twitter account is beneficial for disseminating short messages, such as news, promotional offers, etc. But having a Twitter account with a significant number of likes on your tweets is better! Make your Twitter account very popular by having hundreds (or thousands) of likes on your tweets. The more likes and retweet a tweet has, the more popular and prominent the account will be with other users. For this, we suggest you buy Twitter likes, totally real from verified (photo, bio, followers and tweets) and active profiles.

In this accelerated communication system, the snowball effect of a like can be considerable. If people like your tweet or profile, it is more likely to appear in the search engine and be liked again. Buying likes for tweets is thus a way to set up a virtuous circle of notoriety, in order to create a buzz while spreading a brand image. So what are you waiting for?
For more credibility, we advise you to attach to your basket, a pack of retweets and / or followers.